The kindness of strangers - where does this fit with the referendum?

I have been listening to many discussions about the Referendum - some with very strong feelings expressed. And then I look at the UK I am living in and see so many struggling - young people without hope of getting a mortgage or a secure job - others struggling on the minimum wage and graduates who hope that their degree will lead to a job with prospects finding that they are working in Costa Coffee and have debt they can not pay. All this is due to the policies of the current government - they have gone down the Milton Friedman economic line as opposed to that of Maynard Keynes which underpinned Clement Attlee's government, post Second World war. So now we have austerity leading to worries about the NHS, schools, housing ...

How easy it is to understand the feeling that there is nothing left to give or share.  And the deficit has only halved since 2010! I hear the Brexit voices: how can we accept more? Our schools, hospitals, services just cannot cope.. how can we take in any more? I think that these concerns need to be heard and addressed - life today is not easy and is not fair on "hard working families". But the blame lies with the Tories.

The 'Leave' camp cries 'We need to control our borders!'  In times of insecurity such as we are living through today there is, for some, a desire to control what we can, to protect, to cut adrift in order to survive the storm. In contrast during the Second World war when there was a recognised enemy,  there was the sense of "We are all in this together.." - rationing meant that all had the entitlement to the same - although anyone who has watched Foyle's War will know about some of the fiddling that went on!  And at the end of it we welcomed refugees and children who were without families.

I see on television the destruction in Aleppo, the ruins of homes - this along with other factors is driving people to flee. Given a choice I suspect that the majority would like to stay in their own country, amongst their own families, friends and neighbours - instead they flee and we see the pictures of the boats crossing dangerous waters and not all surviving. 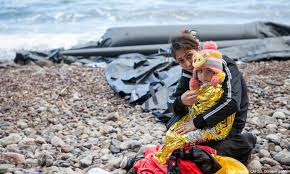 The photographer Nicole Tung has portrayed this so well.

See www.nicoletung.com for A Season of Migration

We have seen so many walking across Europe seeking safety and hope. Would we not do the same in their situation? I see the mother cuddling her child in a small boat in choppy waters; the life of the migrant is fragile. Then I look out at my world in St Ives and I see a new mother showing her baby with pride to the neighbour, another mother takes her child to school - they share the same emotions

of love, protection  and a desire to enable their children to grow into fine adults. These are desires and hopes we all share and I am sure that if the UK was in the state that the emigrant's countries were in we would also flee and hope that we would meet with the kindness of strangers. And I wonder if they ever thought that they would need to flee. None of us are ever fully safe no matter how high we build the walls. 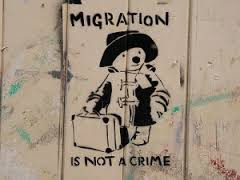 During my recent visit and stay in Bath I did encounter the kindness of strangers - the man who noticed me trying to make sense of my map offered help and direction for one example. But if I had not looked like a middle class, middle aged, white female would I have got the same offers of help?
I carry  a UK passport - I am a citizen of the United Kingdom - and do know that culturally and linguistically that is what and who I am. To my father's great disappointment I never learnt foreign languages but at heart I identify with what one of my heroes, the musician David Fanshawe, said when he made his Sanctus Journey - "I am a citizen of the world".

Those seeking a better life in Europe or elsewhere are like me .. with similar hopes and dreams. I just happen today to be luckier than them - but I am no different.

All people matter - those seeking a better life and those who are worried about migration and protecting our borders and what we have. However do we manage all this, square those circles?

Shortly after I wrote the above blog, all in the UK were shaken by the senseless killing of Jo Cox. I can see that her family is being helped by messages from strangers. We are, as Jo Cox believed, all in this together. 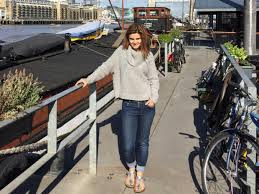